Understanding State in Flutter for Beginners 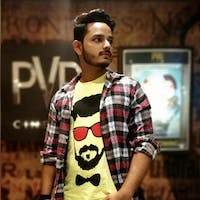 We know everything is a widget in Flutter

The very first code while creating a new project in Flutter starts with two types of widgets: Stateless and Stateful.

We will answer all that in this article. 💪

What we are going to answer in this article

Stateful has the mutable state, which will change over time.

Oh wait! You said this is for beginners, but this is still not clear to me 😦.

Don't worry, everything is better with examples 😉 .

In the example, we used the Text Widget, which is a *Stateless widget. In the above code, the name field is marked as final because the value of name will not change with user interaction.

You may have more fields in your app, now I'm taking only one to keep things basic.

In the case of Stateful widget, we have some fields that might change over time.

In the above code, we can see that there are two fields: name and age.

name is immutable and it will not change but age can hence it is mutable.

How are we sure about this?

In Stateful widget, you can see that there are two classes. One is simply a Widget and another is State Object

The State is a super class which accepts a stateful widget as a type parameter: MyHomePage

This state object contains only those fields whose state may change.

Okay, I understand that age is mutable but who will change the internal state of age?

For this purpose, we drop the new Widget who can perform some action on user interaction. A button will be a good fit for this.

I have chosen the Gesture Detector, you can choose any from this widget library

In the process of rebuilding, Flutter creates the whole new widget with the new data and replaces it with the old one. This happens very fast so we generally see the old one gets updated.

So, that's all for this article. I hope this helped you understand how the state is managed in Flutter. Let me know what you want me to write next on Flutter in the comment section.

Thanks for sharing this!